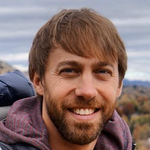 Updated 2 months ago by Andrew Homeyer

Sometimes a requester will post multiple messages in a channel or direct message that you'd like to combine into a single ticket thread. Here's how you can do just that! If in a channel, we recommend it being one with the Halp bot invited.

If the multiple messages that are posted are in a Slack channel, we recommend it being a channel where Halp's bot, Assist, has already been added and that the channel is set-up as a Request Channel. More on Request Channels.
Notes:
There is a 5 minute time-out for the pushpin: function, so if a :ticket: isn't applied within that time, the first message will need to be re-pinned. This is in place to keep you from forgetting about the pin, applying the ticket quite a bit later and having a ticket created with a billion threaded messages.
- If after adding the :pushpin: emoji and the :ticket: emoji, the original messages aren't removed, it likely means a Slack admin is not a member of the channel. Try inviting a Slack admin and making sure they've logged into Halp.com, before trying again.
- Due to the unique permissions within a Slack Connect (shared) channel, Halp is unable to roll up messages into a single thread.