All Categories ​>​ ​Halp for Slack ​>​ Global Admin Settings in Slack 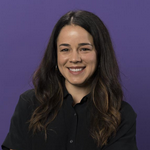 Updated 5 months ago by Marie Casabonne

The user who installs the app on Slack automatically becomes the first Halp Admin. They'll have a settings gear icon in the top right corner next to their avatar on Halp web. Selecting this icon will allow them to edit all settings.

Admins can turn any existing agent into an admin under the Admins & Agents section. While admins can manage all global settings for Halp, they can only view tickets for the triage channels they are members of.

Agents are any Slack user who is a member of a triage channel. These users can be assigned tickets, access the Halp web app, add private notes to tickets, and perform a variety of other actions. If your team has multiple triage channels set up, agents can only view the tickets where they're added.

Example
If a ticket lives in the #hr-issues triage channel in Slack, then an agent who is only in the #it-help triage channel wouldn't be able to view the ticket.

A triage channel is where your agents see and interact with tickets in Slack. These should always be a private channel in Slack, as it's how we determine who is an agent. We recommend that every team using Halp (IT, marketing, product, etc.) have their own triage channel.

Queues are a vital part of Halp — they are the backend place where tickets live on the web app. Each queue is mapped to a triage channel in Slack.

Queues have their own forms, fields, routing recipes, and can have a request team associated with them. They also have settings and configuration options that are specific to that queue.

You can have a queue for your IT, HR, legal, facilities, and any other teams in your org. Learn more about queue configuration.

Request channels are where requesters ask for help. Any tickets created from a request channel can be directed to a preferred queue by default. We recommend these channels be public, so anyone can join and open a ticket.

In Halp, managing agents is as simple as adding and removing members from a Slack channel. When you first set up a triage channel, you map it to a queue. Any members of the triage channel are automatically configured as agents on the corresponding queue.

Invite the users you want to be agents to the triage channel using /invite or by @-mentioning the user in the channel.

Halp counts any members of a triage channel as an agent. You can see a full list of your agents and edit their permission levels from Halp Web by going to Settings > Admins & Agents. Here you can also see which triage channels the user is a member of.

To remove an agent, head to the triage channel in Slack. Type /remove @[user] in the main text. Using the channel details side panel to remove the user may result in them not properly being removed, so be sure to use the slash command.

A few things to note
- If the user you are trying to remove is a Halp Admin, you'll first need to change their permission level to agent from the Settings > Admins & Agents page, then remove them from the triage channel.
- To fully remove an existing agent, you must remove the user from every triage channel they are a member of in Slack.
- After the agent has been removed from the triage channel, refresh the Settings > Admins & Agents page to confirm they are no longer listed as an agent.

You can customize the Assist bot name and messaging that requesters get from the bot. Learn more about bot customization.

These settings are Global settings for all Halp users and Queues

Control the direct messages sent in Slack to ticket contributors (requesters, assignee, and followers) from Assist.

Who can create tickets from reactions (using the 🎫 emoji)?

You can control if only agents and admins can create tickets from emoji reactions (or reactjis) or if all users can. Do you want to review messages before a ticket is created? If so, you can prevent requesters from creating tickets using emoji reactions, while still allowing admins and agents to make them.

If you want to limit who can close tickets to agents and admins, set this to 'Disabled'.

If your team works in a way that the majority of conversation on a ticket is internal, you can set it so agent replies are automatically private.

Which Slack name should show for users in Halp Web?

You can control which Slack name — full name or display name — is shown for all users on Halp Web. Do you have team members with Slack display names like “Peanut Butter,” “The Real Matt,” or “CWatt”? Make it easy on your team by selecting full name. That way, it’s quick to know who needs help, which user to add as a follower, or which agent to assign a ticket to.

If your team has set working hours, like 8am-6pm ET, you can set those here. Working hours impact: