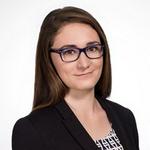 Updated 1 month ago by Danni Pyle

Wanting to use Halp to send tickets to the different teams within your organization? With queues, you can route tickets to specific triage channels so that your IT requests don't get mixed in with your Ops requests!

First things first, invite the Halp bot into the private Slack channel you want to route tickets to using /invite @halp in the channel.

If you select the "Queue" option and follow the prompts, a new Queue will be created for you. You can go to your Queue settings in the web UI (Settings > Queues) to see what was created for you. From here you can change which Slack channel is your triage channel, or archive it if you did not intent to create a new Queue.

That's it! You have a new queue to triage requests from.

Creating Queues from the web

You can also create and edit Queues from the web settings. This is useful if you want to have a public channel as your triage channel, the above prompts to create a new Queue only appear when you invite the Halp bot to a private channel.

From the Halp web UI go to Settings -> Queues where you can ad a new Queue. You'll be prompted to pick a name and a Slack channel where the Halp bot has already been invited.

That's it! Tickets that match that criteria will now post to that channel. You can set up various other recipes for routing tickets in the Recipe Builder Tab in the Halp web UI as well, so see what works best for your team!

Reminder - all users in the channel tickets are now being routed to will be added as agents, which will affect your billing. Those users will only be able to view tickets for the channel they are a part of. If a user is already a member of an existing triage channel, you will not be double charged for them.

Looking for a live demo to show you how all this works? Register for our weekly webinar where we answer questions and show you Halp!